Our Thoughts on the Future of the IPv4 Market 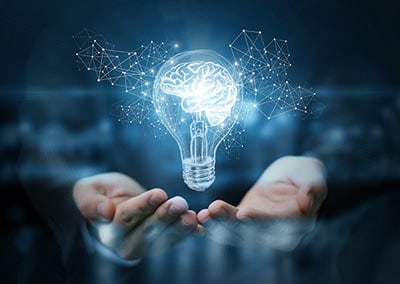 We are often asked about the future of the IPv4 market and I will take some time now to discuss that.

APNIC and RIPE have virtually exhausted their free pools and have severely limited new allocations. As of this writing, ARIN has about .95 of a /8 left, or about 15 million addresses.  On June 10th, 2014, LACNIC, the registry for the South American and Caribbean regions, announced that they have reached exhaust. The next big exhaustion event will be the ARIN exhaust, which should happen in less than a year. The APNIC and RIPE registries ran out of space during the public trading era, which began with the Microsoft/Nortel deal in the Spring of 2011. How did those exhaust events impact the market?

In terms of measurables, not much. Price levels set by the Nortel deal and subsequent bankruptcy sales established the price per address somewhere between $11 and $12, but the APNIC and later RIPE exhausts did not raise the price, as might be expected. In fact we are still seeing trades ranging from a low of $7 to a high of $14, but the outliers are the high prices being paid for very small blocks. Blocks ranging from /20 to /15 are in the $8-$10 range.

The number of transfer transactions is small, as reported by ARIN, APNIC, and RIPE. Most of the transfers are of small blocks.  After we brokered the first pair of Inter-regional transfers and demonstrated the workability of such transfers, we expected that pent-up APNIC demand would lead to a raft of similar transfers. But so far this has not happened. What could cause this?

First there is the issue of price. Where did the price for IPv4 addresses come from? Did it come from the intersection of supply and demand curves? Does the price represent the net present value of future profits enabled by the address? Is the price equal to the cost of a substitute for IPv4 like Carrier Grade NAT? Is it connected to other customer acquisition costs like modem ports or bandwidth? Is it even informed by the rate of free pool exhaustion, the rate of IPv6 transition, or RIR transfer policies?

As a bidder against Microsoft for the Nortel addresses, we had to carefully consider what IPv4 addresses were worth, but there was little information available. So we had to guess at that value, and as it turned out, our guess (and bid!) was lower than Microsoft’s guess, which was $11.25. Having time to reflect on that price, and the opportunity of speaking with many potential buyers and sellers around the world, we have come to realize that Microsoft’s guess may not be an accurate reflection of the real world economic factors at play.

Although IPv4 addresses are a fungible commodity and can be used anywhere in the world, the Internet economies in various regions of the globe vary.  So whereas an ISP in the States or Europe may see a $10 price as a bargain, based on the anticipated profits an IPv4 address can garner for them, an ISP in Mongolia or Malaysia or Afghanistan may see a $10 price as a barrier.

This is still a small market, albeit global, with a small number of transactions and mostly small transactions at that, with no public knowledge of transaction prices. This is not a recipe for accurate pricing, or at least pricing which accurately reflects the true intersection of supply and demand. In this environment we can expect pricing to be variable.

Although we have good information about the number and size of transactions which occur within policy, we do not know the number or size of transactions which are not conducted under RIR policies, such as legacy transfers or leasing of address space, or the acquisition of shell companies with prior IPv4 allocations. So market participants are generally stumbling around in the dark, attempting to engage in what will probably be the first and last such transaction in their careers. As brokers we do have access to quite a bit more private information, but there are still many uncertainties which permeate the whole market.

One of these is obviously the IPv6 transition, which is the gorilla in the room. Virtually everyone understands that once IPv6 transition is complete, IPv4 addresses will have no value. So understanding the rate of that transition is important. Our feeling is that there are still 10 years left in IPv4, but opinions vary.

Another uncertainty is the substitutability of Carrier Grade NAT (CGN) deployment for IPv4 address block purchase. Pundits have conventionally held that CGN is a poor substitute whose deployment leads to customer loss, making the cost of CGN very high. This belief is expressed here, and here, for those interested.  Based on our own experience, we believe the dangers of CGN are overblown and that CGN deployment can be less expensive than purchasing addresses.

Given that even large ISPs like British Telecom and Verizon are publicly deploying CGN, what will be the effect on IPv4 price if the market finds CGN to be workable? For one thing, demand will be reduced, as some buyers decide to go with CGN instead of purchasing IP addresses. For another, supply could be increased, as existing address holders switch to CGN so that they can monetize their allocations on the transfer market. Both of these eventualities augur a drop in address prices.

On the other hand, widespread CGN deployment will alleviate any IPv4 address shortage, and IPv4 address shortage is the only motivation for the IPv6 transition. What if CGN has the potential to effectively and transparently add an additional 8 bits to IPv4’s 32 bit address space? Probably CGN is not that efficient, but what if it affords a 10:1, 100:1, or even the full 256:1 address savings ratio reported here?

This is the realization that has IPv6 advocates gnashing their teeth and drives their hyperbole about CGN problems. What if demonstrated workability of CGN serves to increase the already lengthy transition to IPv6? How will a longer transition affect IPv4 prices? Given that IPv4 prices incorporate a “value horizon” related to transition time, will a longer period of IPv4 usability translate to a higher price?

Understanding that there are about a billion routable unused IPv4 addresses out there now, and that the numbers and sizes of reported transactions are small, and that CGN is on the rise, we are not sanguine about the inevitability of a price rise after ARIN exhausts. In this case, not caveat emptor, but caveat venditor!