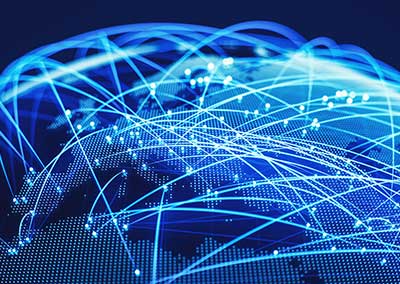 LACNIC, Latin America’s registry of internet number resources, joined ARIN, APNIC and RIPE by allowing Inter-Regional transfers of IPv4 addresses to and from members of these other regions.  The policy, years in the making, was implemented by LACNIC on July 21, 2020.

Always a groundbreaker, IPTrading.com brokered the very first such transfer of a /19 block from a Brazilian telecommunications company in LACNIC to a French ISP in the RIPE region.  The process took about a month, with the /19 block becoming registered in RIPE’s database on September 1st, 2020.  Escrow.com, a leader in escrow services for this market,  provided the escrow platform for the transaction and issued its own press release.

As a late entrant to the RIR (Regional Internet Registry) community, LACNIC received a smaller allocation of global IPv4 space than their counterparts in North America, Asia and Europe.  Due to IPv4 exhaustion, LACNIC had instituted austerity measures years ago limiting the size of IPv4 blocks its members could receive, and finally reached total exhaustion of its IPv4 resources last month, including all of its reserved pools.

Other RIRs, recognizing that IPv4 scarcity was an impediment to growth across all industries, began allowing intra-regional transfers among their members over a decade ago to facilitate the sale of number resources from those who weren’t using them to those who needed them.  IPTrading.com further expanded this process by authoring an all-new ARIN transfer policy that allowed for safe inter-regional transfers. Shortly after this policy was implemented, IPTrading.com brokered the world’s first inter-regional transfer.

By contrast, there was much resistance in the LACNIC community to any kind of transfer policy, with some members fearing market fraud or simply rejecting the concept that IPv4 space should be monetized, despite the success of such policies in the rest of the world.  It took great effort, but IPTrading.com’s policy allowing intra-RIR transfers with LACNIC was finally implemented in 2016, and shortly thereafter IPTrading.com became LACNIC’s first officially registered IPv4 broker.

Unlike other regions, LACNIC required the use of NAT among other strict justification policies. The justifications were always rigorous, and as a result there was not a large excess of unused space that could feed the transfer market. This meant that to truly allow the region to develop its internet infrastructure, LACNIC members would have to have access to IPv4 resources from around the world, where more lax justifications and longer histories provide more available unused address space.  After many more attempts, enough members were convinced and LACNIC’s inter-RIR policy allowing transfers to and from the regions of ARIN, APNIC and RIPE was finally implemented.

Since LACNIC started to allow intra-RIR transfers within the region, IPv4 pricing there has been significantly lower than in the rest of the world.  While pricing in the U.S., Asia and Europe has hovered around $20-$25 per IP address for the last couple of years, pricing in the LACNIC region has been about half of that, in the $10-$12 per IP address range.  This can largely be attributed to economic factors in the region.

Now that the barriers are down and IPv4 addresses can be bought and sold between other regions, how will this affect price and availability?  Will prices of IPv4 space in LACNIC rise due to demand from other regions?  Will prices in other regions drop due to the increased supply from LACNIC?  Or will pricing settle on some intermediate value across the globe?

While only time will tell, we firmly believe that the new policy will have little effect on IPv4 pricing in ARIN, APNIC and RIPE.  There is simply not enough of a supply of marketable IPv4 resources in LACNIC to change the supply side of the economic curve.  On the other hand, LACNIC sellers of IPv4 space are well aware of the higher market prices afforded in the other regions and expect to be compensated more in line with what sellers in other RIRs receive.  Prices of LACNIC IPv4 addresses will now rise.

While some LACNIC members may lament the anticipated increase of IPv4 prices within Latin America, it’s important to note that the available supply of space in the region is very limited and, thus, the number of intra-RIR transfers completed in the past was miniscule in comparison to the other trading registries.  The new inter-RIR policy will now allow entities that need IPv4 in order to grow to purchase those addresses from the global marketplace.  They will have to pay market pricing to obtain these scarce resources, but at least they will be able to obtain them safely and reliably from established and experienced participants in this market.

As with any shift towards free markets, the acceptance by the LACNIC community to allow the sale and purchase of IPv4 space throughout the world will promote prosperity and growth throughout the region, and this is a good thing.  Looking at you now, AFRINIC, to complete the policy-compliant global market by passing an inter-regional transfer policy, which is currently under consideration.